Puzzle of a Memory

Puzzle of a Memory

Media :  Acrylic and Gesso on Canvas

The man was getting old… his memory sometimes escapes him… but he does remember parts of his travel around the world. All the far flung continents , the interesting food he has eaten, the people he met, the stories shared and the souvenirs he collected.

But the large house he lived in was no more and most of his photographs , the black and white, the coloured ones, his mementoes of countries explored… were all scattered in other people’s homes.

Who would know he would end up living in a small room with him feeling lonely and bored. He moves about slowly and though his family tries to chat with him, his hearing just isn’t that good anymore and he refuses to wear the hearing aid they got him.

Who will listen to his stories again? The memories, some has missing parts … but he had a good life. And he is still loved even though he feels alone in his near silent world.

There are no reviews yet.

Be the first to review “Puzzle of a Memory” Cancel reply 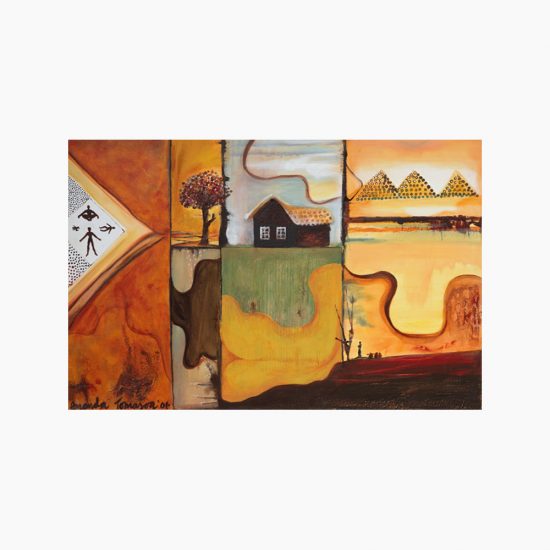